How to Get the Most out of A/B Testing

In This Lesson You Will Learn

How to Get the Most out of A/B Testing

Everyone wants to have the optimal variation of their campaign. A variation that brings the highest benefit. You can get closer to the optimal version of your campaign with A/B split testing, where two versions are compared to see which one is most effectively interacting with your visitors.

We always encourage you to test your campaigns, as even a small change can make a big difference in your performance. Therefore we made this function super simple to set up.

So let’s have a look how you can split test your campaigns!

What Can You Do with A/B Split Testing?

Maybe you are asking yourself – what exactly should I A/B test? You can test literally everything.

There are certain steps you should keep in mind in order to get the most out of A/B split testing. First, you should construct some type of hypothesis. This could, for example, be: “Changing the color of the header will catch the attention of my visitors.”

The second step is to implement this hypothesis in your campaign and test it. You can set up A/B split testing in your account by selecting the “A/B split testing” section in the menu.

Here you simply choose the two campaigns you would like to split test and activate your test. That is all you have to do to set it up.

Remember to give your testing enough time, so that you have sufficient data to draw a valid conclusion. How long it will take for you have a valid result depends very much on the amount of traffic you have but a good rule of thumb is to let the split test run for at least two week.

After running your split testing for a longer period of time, you need to analyze your test data. By doing this, you will know how your visitors respond to your campaigns and will be able to draw a conclusion on whether your hypothesis was correct.

But enough about this whole hypothesis thing. Let’s look into some real life examples! Livingshop has been using Sleeknote to get signups for their newsletters. Their campaign is in the form of a competition where you have a chance to win a gift certificate if you fill in your email address.

They started their Sleeknote journey with a very basic SleekBox, containing only text elements, an input field, and a call-to-action button.

After being active with this campaign for some time, Livingshop decided to spice up things a little bit. Therefore, they added a picture to their campaign.

In order to get to know the preference of their visitors, they have decided to A/B split test the two versions. Version A is a very basic campaign and version B with an added image. What do you think was the result?

Livingshop increased their conversion rates by 64,5%, as they found out that their visitors respond to a campaign with an image much better. And come on! 64,5% – that is truly something!

It is not only an image that can be adjusted to increase your performance. Sometimes as little as a headline is enough to higher your conversions. Let’s have a closer look at a campaign by Bang and Olufsen.

At first glance, both SleekBoxes look identical. However, in one of them, the headline contains more information. By expanding the benefit in their headline, Bang and Olufsen managed to improve their conversion rate by 59,1%.

Adding additional benefit to your headline can typically be enough for higher lead generation.

Sometimes it is difficult to know which offer is perceived to be more attractive by consumers. Is it a discount on a purchase or a free item?

Organic Basics has decided to split test exactly that. Their aim is to gain more newsletter subscribers and they do this by rewarding their visitors.

So what did they find out in their testing? They realized that their visitors prefer a free tote bag over a discount. With the power of holding this knowledge Organic Basics optimized their conversion rate by 97.6% meaning it almost doubled!

Sign up for Our Newsletter
Get Proven Marketing Strategies
Join Prominent Readers Such as:

After seeing the three examples can you see the value that split testing can bring to your company?

A/B split testing removes the guesswork and makes sure the option that you are using is the most effective one. Split testing your campaigns is a great way to ensure that you always have the highest performing campaign on your site.

You can use A/B split test any of your campaigns no matter if they are for desktop or mobile.

Don’t forget that even small changes in your elements in your campaign can help you to increase your performance.

Still Got Questions? Get In Touch And Let Us Help

If you’re looking for more information on how to use our features or want to see step-by-step guides, check out our help center.
Visit Our Help Center
Try Sleeknote on Your Site 👋
Start a no-commitment 7-day free trial and enjoy all Sleeknote features on your website. (No credit card needed.) 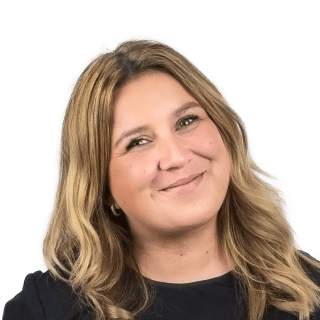